The very recent restyling of Restaurant De Burgemeester* was a reason enough to revisit them for Chantal’s birthday.

About the restaurant
The Michelin-starred restaurant is located in the former town hall of the quaint town of Linschoten, between Utrecht and Gouda, just south of Woerden. We had visited it back in 2016 and were then pleasantly surprised by the enthusiasm of the team and the amazing dishes from chef Sander Spruijt.

After a month of construction, the restaurant re-opened early September 2019. The dining area got a stylish makeover, and the whole kitchen got upgraded as well. It looks fresh and elegant with loads of wood and earth tones. Only niggle: their new Sonos audio system worked a bit too well from a bass perspective. We were pretty much in between two of these speakers, and the monotonous beat of the non-descript instrumental lounge music was a bit too prominent for such a long lunch, but it got slightly better later on when they changed to dance music with more vocals.

About the menu
As part of their celebrations, they offer a special 5-course introduction surprise menu, including a cava as an aperitif, for €80 per person during September and October.

About the food
The food was again superb and well balanced. As before, the vegetarian dishes received the proper attention as none of them were just regular ones minus the proteins. All the accompanying wines (from all over the world: French, Italian, Portuguese, Spanish, Argentinian, South-African, and Macedonian) were delicious and paired well with dishes. Only on one occasion that we had the same wine (a 2016 Bellingham Bernard Series Whole Bunch Roussanne), and even then, it was spot on for both. The service was amiable and attentive, so we had an excellent afternoon. 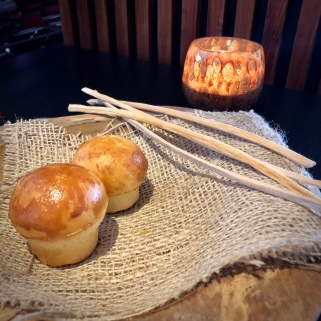 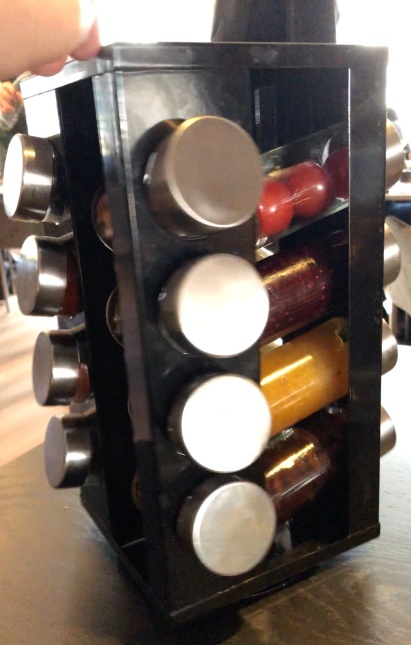 The cheese course was a selection of cheeses from the trolley from Amsterdam’s Fromagerie Kef (among others Goat cheese, Brie de Meaux, Epoisses, Gorgonzola Dolce, Brie de Melun) served with Brioche “mushrooms”, breadsticks and a carrousel with garnishes from which we could take what we wanted. A lavish assortment and, as such, a novel way to present them, but the containers apparently weren’t completely airtight, and as they were on an angle, some were a bit oily or sticky depending on its contents. 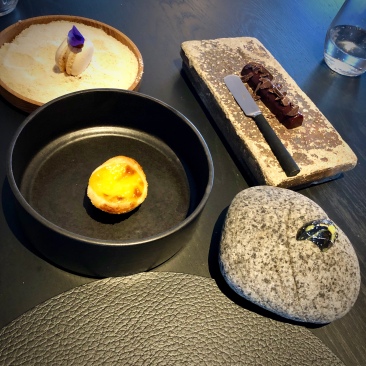