We hit the most southern point on day 14 of our road trip as we traveled from Monterey up north to Napa Valley that day: a 205-mile / 330-kilometer trip.

It turned out along our trip that we aren’t big fans of the breakfast buffets that were available in our hotels. We do have a habit of eating a light breakfast with fresh bread with savory toppings, so the options served in the US were generally too sweet or heavy for our liking. Muffins, donuts, waffles, toast, or bagels with jam; the kids loved it, of course, especially with the hagelslag chocolate sprinklings that we brought from home. Honorary mention in the category “once, but never again”: pre-fab Bacon and Egg Sandwiches you needed finish in the microwave. I just had to try one (of course), but it was even more ghastly than I anticipated. Another staple on those breakfast buffets that wasn’t up our alley was Biscuits and Gravy. It’s a traditional Southern dish that consists of soft dough biscuits – in practice always stale – covered in meat gravy. The latter essentially is a thick béchamel sauce made from the drippings of cooked pork sausage, and sometimes it also has bits of meat in it. As such, we’re not unfamiliar to the concept as it is akin to the filling for our kroket or bitterbal, but keeping that gravy in a hot-pot makes it extraordinary gloopy and dense. Although a very popular at the breakfast buffets, it is not something that I can stomach at 8 am. 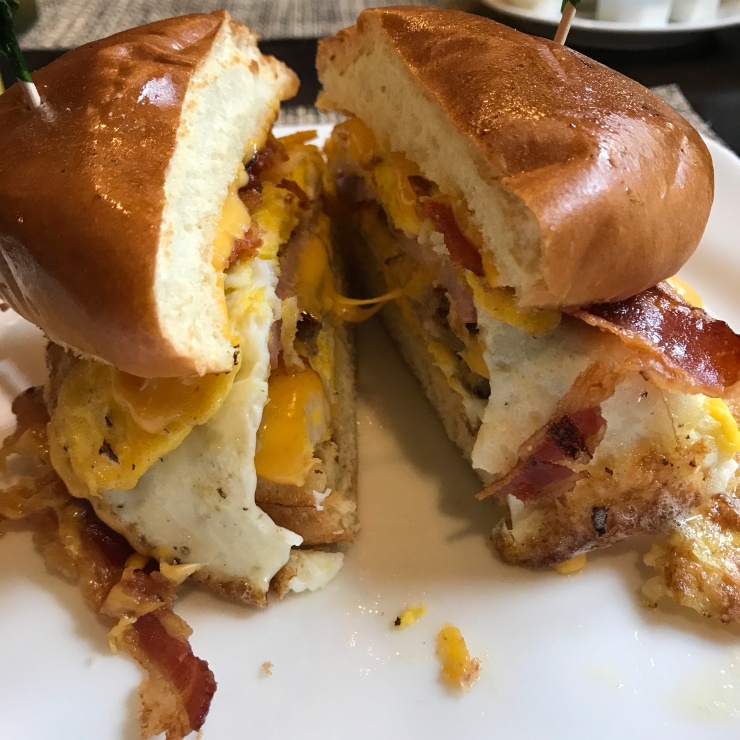 The hotels that had a separate restaurant also serving breakfast were our favorite. Albeit a bit more expensive, everything is made to order. As we had a long day in the car ahead of us, we started our day in Hotel Abrego with a breakfast that indeed lasted pretty much all day: fresh buttermilk pancakes with fruit, fruit salad and a Triple Mess (the aptly named brioche bun with two eggs, cheese, bacon, sausage and Canadian bacon) for me and a spinach, tomato and avocado Eggs Benedict for Chantal.

After loading up the car, we went to the famous 17-Mile Drive that meanders from Monterey via Pebble Beach to Carmel. Despite it being slightly overcast, it was a great trip. Overall, pretty amazing houses, gardens, views, and golf courses… 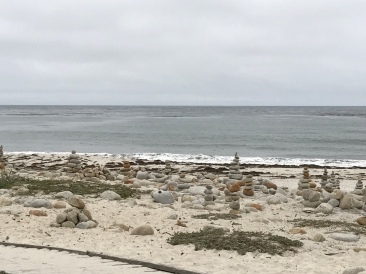 Sunset Point Overlook: (wow, the car windows were more tinted than I recalled) 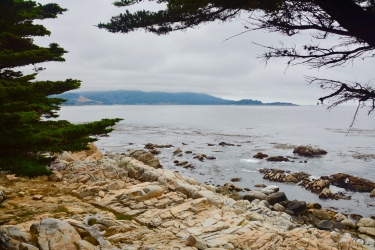 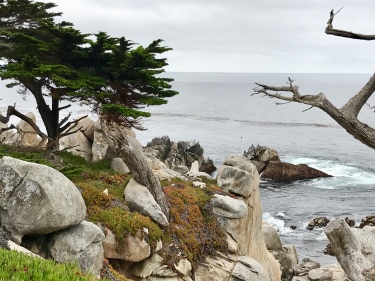 After the 17-Mile Drive, we headed south on Highway 1, via Carmel-on-the-Sea, where the skies cleared up. 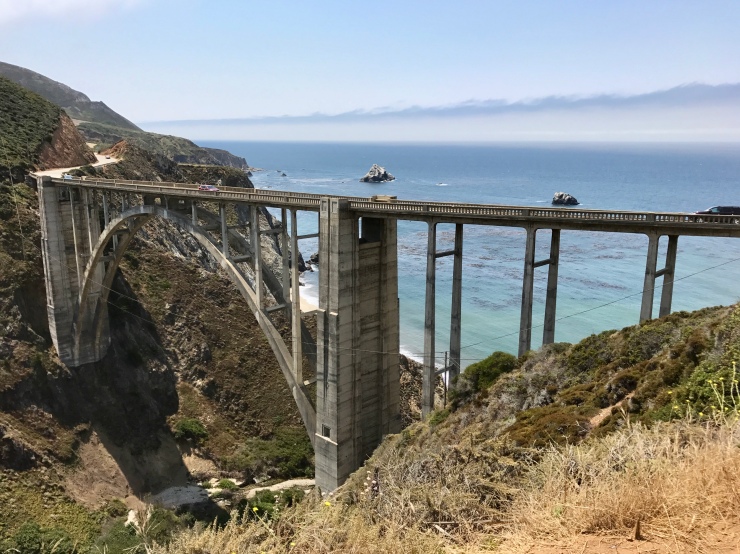 For those who watched the TV series, Big Little Lies, this may be a familiar sight from the opening titles. As we and some of our friends back home did, taking some pictures of Bixby Creek Bridge was worth the 30-mile detour! The Pacific coast up there is riddled with fantastic vista points, so in any case, it is highly recommended to explore the stretch between the Carmel Highlands and Big Sur.

On the southbound parking lot at Bixby Creek Bridge, there were a lot of tourists (and a squirrel), so decent photos from that side were not possible. However, as we had to park the car on the gravel road on the opposite side of the road, the sea as a backdrop made the views much more impressive.

We then headed back north to our actual destination, Napa Valley. It was the first time in two weeks that we had the ocean on our right-hand side, which really felt weird at first.

After Monterey, we again crossed the huge stretches of farmland around Salinas with fields of cherries, strawberries, artichokes, and pumpkins, before heading up on the US-101. The rest of the road to Napa was not very eventful, other than that we ended up in an inexplicable 10-mile traffic jam just after taking the I-680 at San Jose and the Apple Maps navigation guiding us on a detour to a road that turned out to be closed for the entire summer…

Around 5 pm, we arrived at our hotel, The Napa Winery Inn (1998 Trower Avenue), pretty fried from the long drive. We freshened up and had dinner at nearby Fumé Bistro (4050 Byway East). 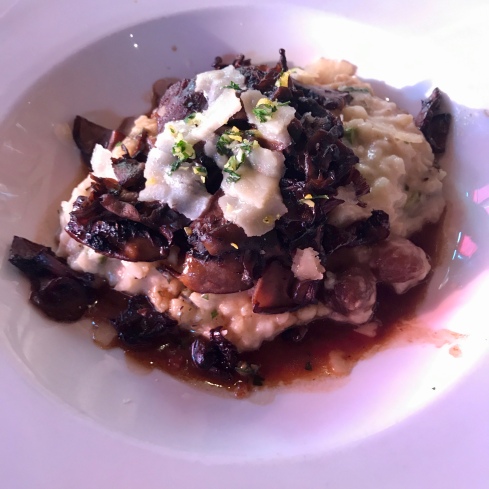 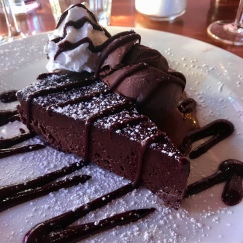 After starting with some refreshing cocktails (Tennessee Mule and Tito’s Sipper) we had a slow-paced dinner enjoying the beautiful summer evening on the patio. The starters were a cup of butternut squash soup and a shared dish of crispy polenta/cornmeal fried calamari with a chipotle aioli dip.

The entrees were delicious too. The kids opted for the Bacon Mac ‘n Cheese and the Cheeseburger. Chantal had wasabi infused, panko-crusted fried ahi tuna with a chili-apricot sauce and a delicious Asian salad with snow peas, red peppers, microgreens, and a ginger vinaigrette. It paired great with the 2016 Sauvignon Blanc from Honig Vineyards. Despite still being 84F/29C, I opted for an almost wintery but very tasty Cabernet Sauvignon Braised Short Rib with a Balsamic pearl onion and asparagus risotto. The desserts were a perfect conclusion of our dinner: Sundaes for the kids, Sorbets and a surprisingly light flourless Chocolate Cake for us.