It is so incredibly tasty, I think that we have a new favorite way to prepare our tuna steaks!  Our go-to recipe for tuna steak has been a basil and coriander encrusted version. 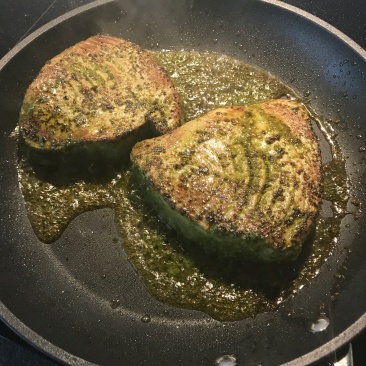 Recently it got some fierce competition from the Hawaiian Ahi poke bowl and now from this fabulous ceviche. It packs quite some heat, partially offset by the creaminess from the coconut milk, but overall it is very fresh due to the lime and coriander. An ideal and delicious dish for a warm summer day.

We found this one in the June 2017 edition of the Dutch glossy JAN Magazine. As it is such a shame that the recipe (credited to Ans de Vree) is not published on their website, you will find my adaptation below (slightly upping the ginger, lime juice, and coriander quantities).

As with most raw fish dishes, it totally pays off to buy the best ingredients you can afford. I used sustainably caught yellowfin tuna steaks from Fish Tales.

The brilliant thing is that the preparation is only 10 to 15 minutes, and after resting it in the fridge for about 20 minutes, you are all set to serve this vibrant ceviche.

A Spanish Albariño from Rais Baixas was recommended to compensate the heat and freshen things up, but we paired it with a crisp and fruity 2015 The Pheasant’s Run Sauvignon Blanc from South Africa’s Graham Beck Wineries (EUR 10 @ Vivino).

Recipe (starter for 4, mains for 2 persons) 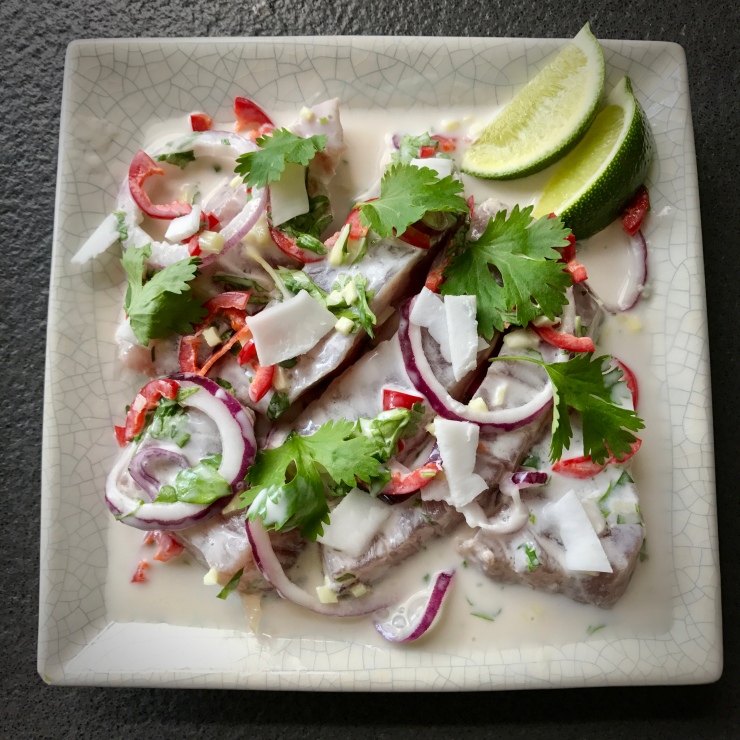