Around the World – Spain – Salmorejo Cordobés

Gazpacho is a lovely dish, but I think that the Salmorejo Cordobés is more satisfying and as easy to make. All you need is 5 basic ingredients and a blender.

As you may derive from the name, this dish hails from Córdoba in central Andalusia and is a staple on the local menus. It seems (sub)regional though: in Sevilla, about 150km / 100 miles to the west, we commonly found it. However, towards Málaga, about 150km / 100 miles to the south, we rarely saw it and when we ordered salmorejo in Ronda, about 75km / 50 miles west from Malaga, we got served a potato salad… At first, we thought it was due to our poor Spanish, but it was also on mentioned on the bill as such, without the cordobés suffix…

I based this recipe from a Youtube clip where a granny from Córdoba was filmed preparing – from what I understood – her family recipe in an incredibly tiny kitchen and under 6 minutes! It was clear from the clip that measurements were mainly “to taste” so I started experimenting. It indeed depends on the quality of the tomatoes and olive oil and type of vinegar used, but the measurements below brought us straight back to Spain. 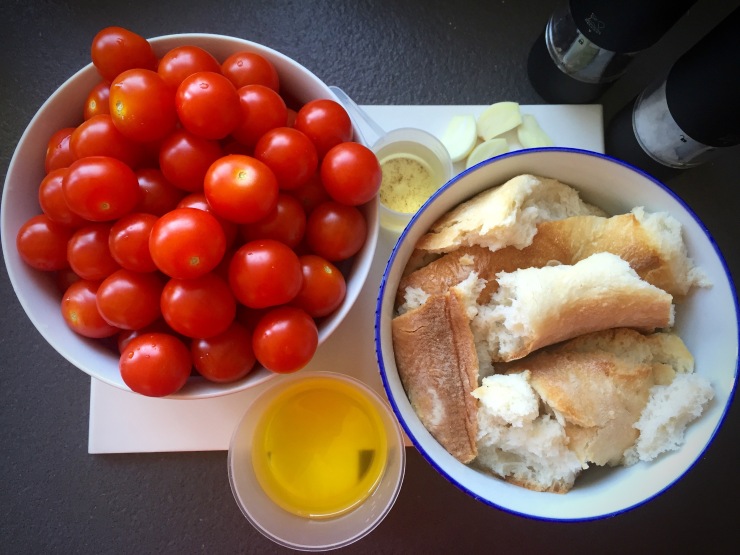 One thought on “Around the World – Spain – Salmorejo Cordobés”