This one is based on a recipe from Daniel Gritzer over at Serious Eats that I already have made a couple of times now. (Yes, it’s that good). 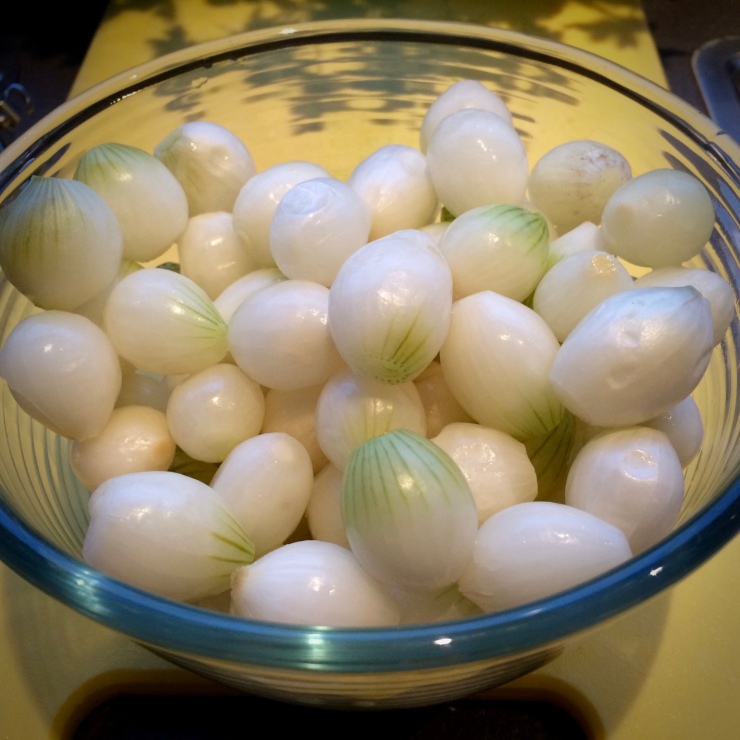 Chopping up 2kg of onions will never be my favorite chore (hurray for contact lenses!!) but slowly caramelizing them really brings out their natural sweetness. It takes quite some time as you need to stir the onions every 15 minutes or so during the 2 hours they were caramelizing it filled the kitchen with a delicious smell.

I also really like the concept of 2 layers of toasted bread rubbed with garlic and covered with seas of Gruyère cheese (even when using about 2/3rd of the 450gr from the recipe).

Put the soup under a hot grill to melt the cheese works well but will leave the bowls themselves piping hot too. This time I separately lightly grilled the top layer of the bread on a baking tray and then added the gruyere to brown also and just let them slide them onto the soup. Works great too, and much easier to serve!

The finishing of snipped chives is also an unexpected surprise as it adds a totally different type of onion flavor to the soup.

Recipe accuracy:
The recipe was easy to follow, and the measures of ingredients work well together. The quantity is a lot more than 4 servings: I served the soup in 4 ramen bowls(!), and still had enough left for 2 more portions, but I can’t see that as a bad thing…

The only thing in the recipe that (still) puzzles me is that you have to season the caramelized onions before adding the dry sherry, (vegetable or chicken) stock, cider vinegar, thyme, and a bay leaf. To prevent over seasoning, I just skipped that step. Once I left out the (optional) fish sauce as I thought the soup was already well seasoned and this time I replaced it with a dash of Worcestershire sauce.

Suggested tweaks:
The recipe calls for simmering 2 sprigs of thyme in the soup for the last 20 minutes and removing them before serving. Personally, I prefer to add a tablespoon of roughly chopped fresh thyme leaves.

As the soup gets (even) better over time, I highly recommend to prepare it a day ahead.