For Chantal’s birthday party, I made some Scotch eggs with a delicious herby dipping sauce. This is the meaty version, I will post the veggie one later this week.

As I wanted to serve something “snack size”, I found a recipe using quail eggs instead of hen eggs. This one is based a recipe by Galton Blackiston, chef at the Michelin starred Morston Hall in Blakeney (Norfolk, UK), I found at over at Great British Chefs. 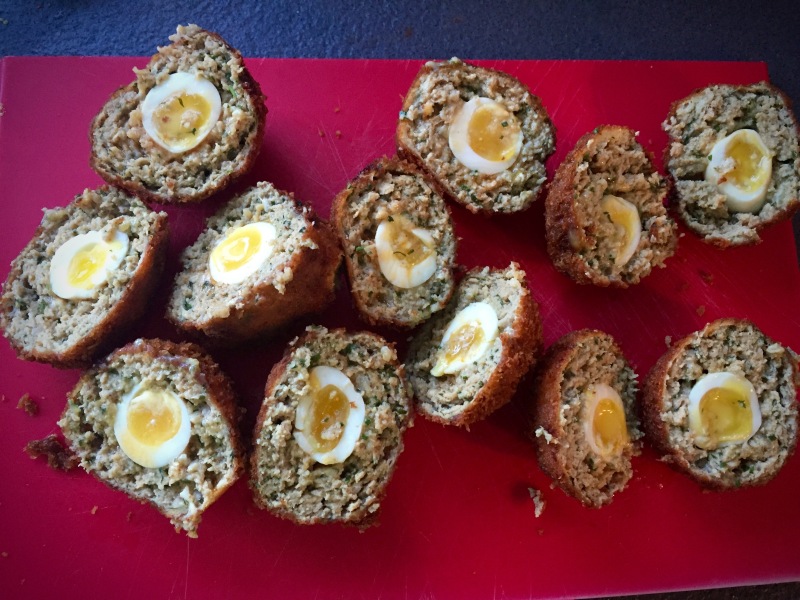 I had not heard before of this “Bois Boudran” sauce and looking at main ingredients being shallots, oil, vinegar, and ketchup I was a bit skeptical. It tastes amazing, though! 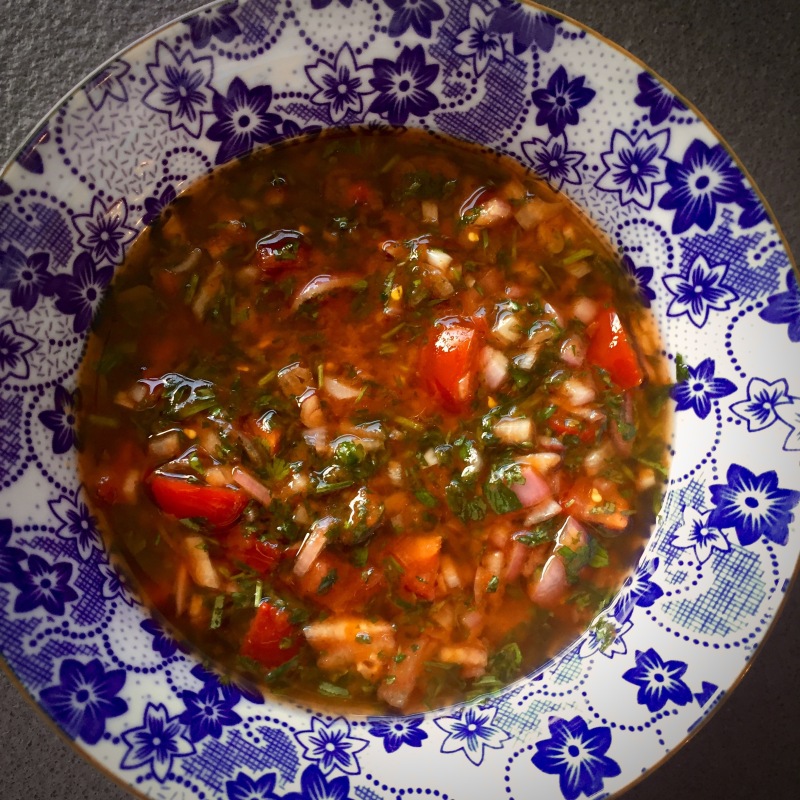 After some browsing, I found out that the recipe has been attributed to the very well-respected chef Michel Roux Sr. Funnily, in this video Michel Roux Sr. himself says that it was “created in the early 1960s by one of the chefs in the family of the de Rothschild’s”. That could have been him being modest as he was working for the Baroness Cécile de Rothschild in Paris back then… Anyway, despite the somewhat pedestrian ingredients, it proves a common sauce among chefs: I found recipes by Heston Blumenthal (paired with sous vide salmon and mashed potatoes) and Gordon Ramsey (as marinade/sauce for beef fillet).

Compared to the original Bois Boudran recipe Galton’s version does not emulsify the vinegar and oil before adding the other ingredients. Therefore, the sauce “separates” a bit, and you do need to run a spoon through just before serving to combine again. Furthermore, he adds some extra texture by including some chopped tomatoes; I used some cherry tomatoes that I first halved and then quartered. 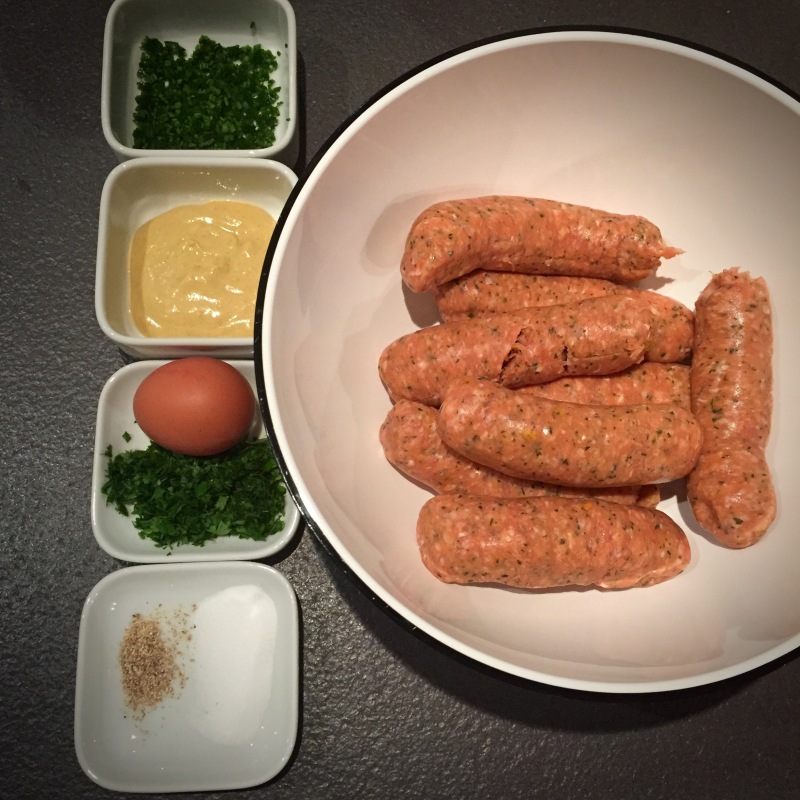 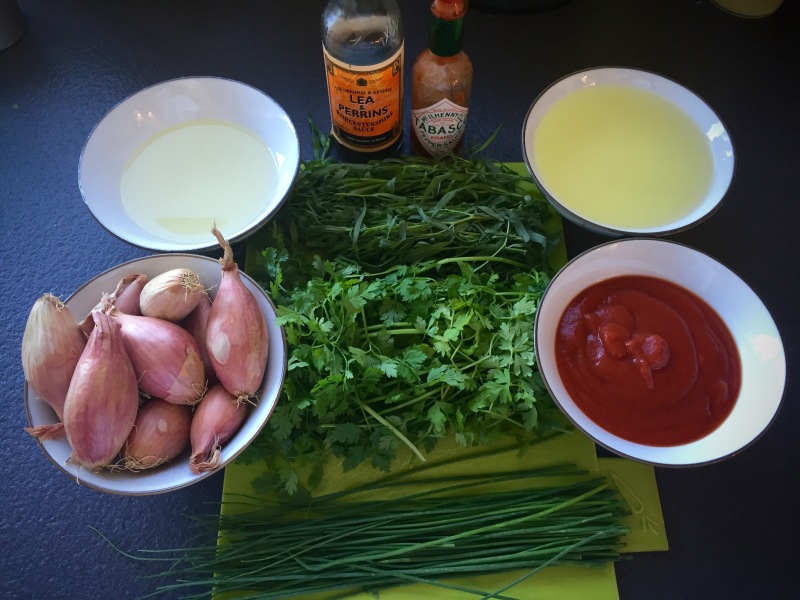 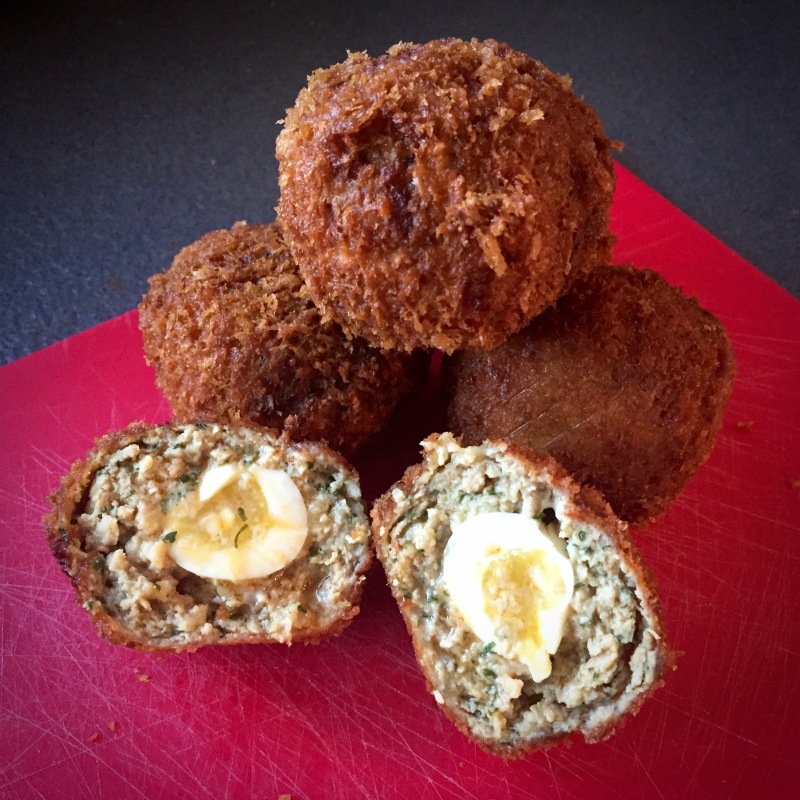 What worked and what didn’t:
Of course, preparing Scotch eggs yourself is time-consuming and using quails eggs makes it a bit harder (especially shelling them according to Chantal 😇) and longer as you end up making more of them.

But it was well worth it. Scotch eggs are always an eye catcher at (dinner) parties, and these Scotch quail eggs are fabulous: crunchy on the outside, nicely seasoned succulent meat around the oozy, richly flavored quails eggs. Also, they go very well together well with the Bois Boudran sauce, which is not only packed with intense flavors and great depth from the chervil and tarragon but is also nicely textured due to the chopped shallots and tomatoes. They were gone in no time, so that’s always a good sign.

What I love about this sauce is that it’s super easy to make and that it’s incredibly versatile. Based on the recipes I found, you can use it as an accompaniment for salmon, tuna, prawns, scallops, roast potatoes, gourmet hamburgers, and roast chickens. However, I also saw it being used as dressing for celeriac salad, marinade for chicken satay and dipping sauce for Scotch eggs.

Recipe accuracy:
The recipe is accurate, easy to follow and indeed yields 12 Scotch quails eggs. To help to eat and dipping, I halved them and added 1 teaspoon of bois boudran sauce on top, so you’d have 24 servings.

The recipe for the Scotch quail eggs calls for quite a bit of salt. As said, I ended up only using a good pinch of salt as the sausage meat was already seasoned.

Given the number of Scotch eggs and its versatility, I doubled the quantities for the Bois Boudran and that yielded about 900ml / 1 quart of sauce. I only ended up using about a third during the party so had some leftovers. 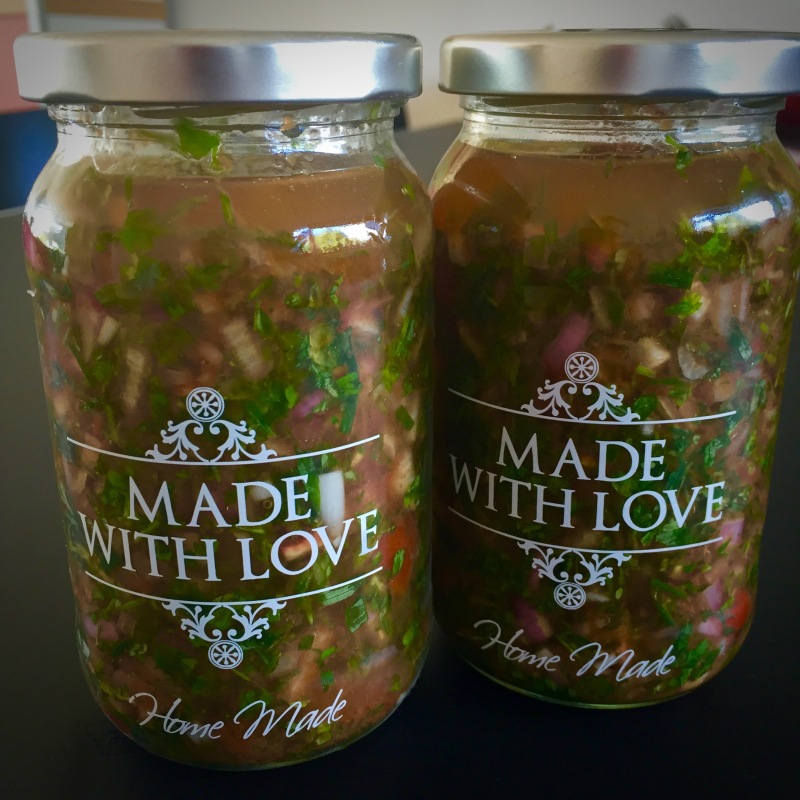 Please accept my sincere apologies for the incredibly corny jars…

Suggested tweaks:
Not that I can think of.

Verdict: 9/10; Will definitely be made again. I will also try the original emulsified Bois Boudran version to get a more “sauce” type consistency.