This recipe is based on Bill Granger’s, Rice noodle pho with rare beef and star anise, which can be found here.

We made this Vietnamese pho an ultimate Asian mishmash by using Japanese ramen instead of rice noodles and adding few vegetables typically added to a Thai Tom Yum soup. Nevertheless, a perfect one-bowl dinner.

The ginger, cinnamon and star anise infused broth is pretty good and pairs great with the beef. The caramelization on the sirloin from the soy and honey marinade is amazing, but you do need to be careful not to cook it longer than the 2 minutes per side, as the glaze could get a bitter taste.

As some of us at home are not into steaks that much, I also made a chicken version by poaching a chicken breast in the broth for about 8-9 minutes and shredding it just before serving. 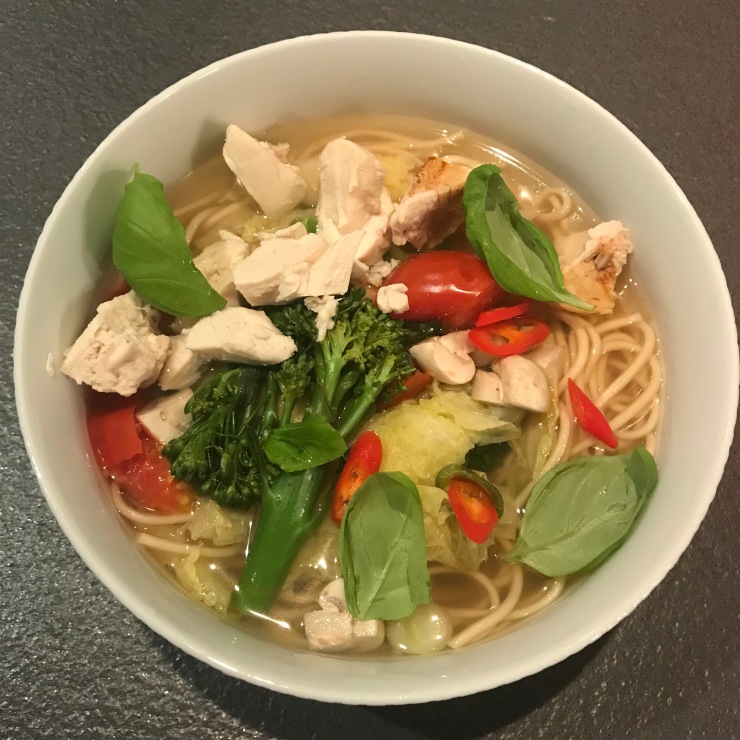